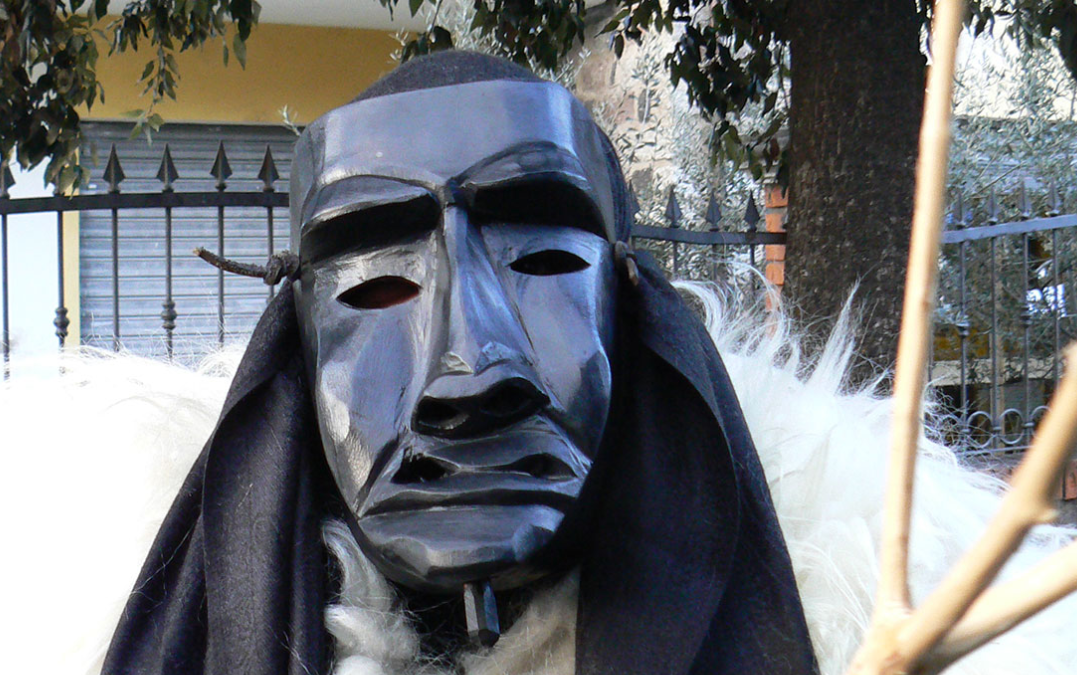 With the experienced travel

The Carnival in Sardinia is a special and unique event that has its roots in the history and traditions of the island. Away from those of Viareggio or Venice, but also from those Sardinians Cagliari and Tempio. Typically the party is focused on leisure and transgression: bright colors, confetti and music.
The “Carrasecare” of inland areas has pre-Christian origins and beliefs and assume a more serious note, made even more intense by the colors, those of the earth and the animals, the rhythmic movements, rhythmic fashion shows, from the sounds of the bells today or bone yesterday marking the advancing time of the masks. Tones more serious indeed its name, because the Sardinian word for the carnival is “Carrasecare” means meat to be cut. There is a victim to be sacrificed so as in the Dionysian rites, a cost to be paid because the rise again nature more fertile than before.
A world remained intact in its rituals and its habits than the attempts of Christianization. An ethnic and ethnographic heritage of the “Carrasecare” unique.
A world where the end, however triumphant joy, because nature takes its course and another year auspicious start.
Go in Nuoro will be an opportunity for a cultural journey on Grazia Deledda, Nobel footsteps for Literature in 1927, who was born and spent his youth in Nuoro.
It is part and parcel of a trip on the rites the Sartiglia of Oristano, carousel race to the star, where the number of those impaled by capocorsa promises good year ahead and pairs, where the equestrian acrobatics Sardinian jockeys located right space and recognition.